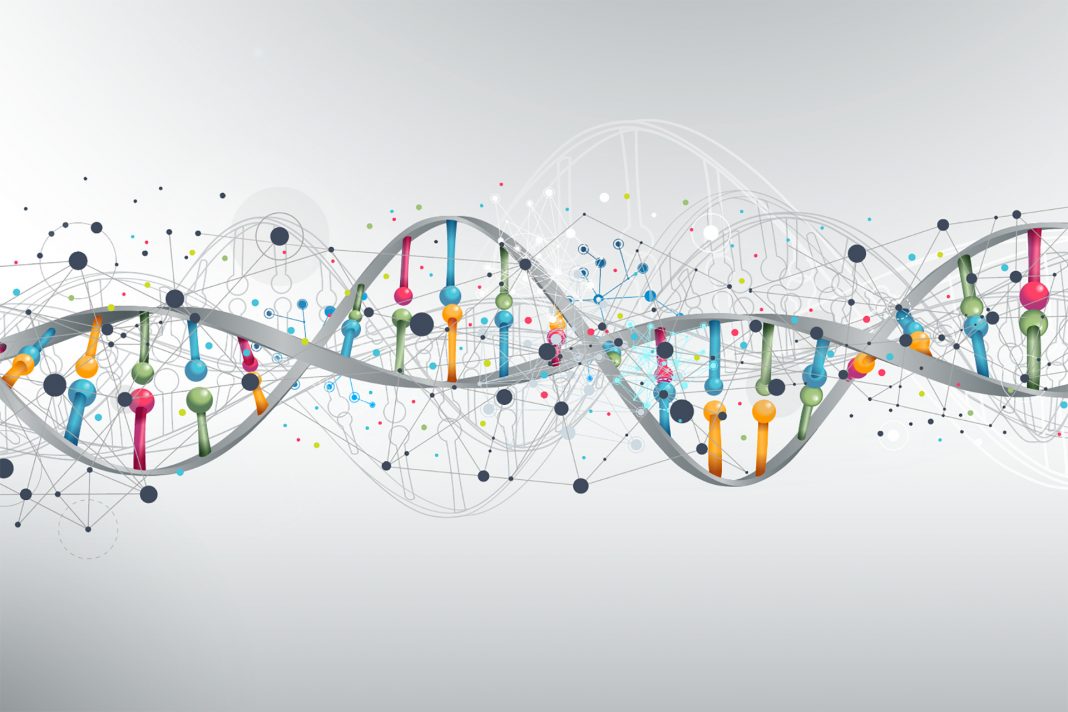 In 2013, George F. Young and colleagues completed a fascinating study into the science behind starling murmurations. These breathtaking displays of thousands – sometimes hundreds of thousands – of birds in a single flock swooping and diving around each other, look from a distance like a single organism organically shape-shifting before the viewer’s eyes.

In their research article, Young et al reference the starling’s remarkable ability to “maintain cohesion as a group in highly uncertain environments and with limited, noisy information.” The team discovered that the birds’ secret lay in paying attention to a fixed number of their neighbors – seven to be exact – regardless of the size of the flock. It is these multiple connections, like neurons bridged by synapses, that allow the whole to become greater than the sum of its parts.

The murmuration is an elegant example of emergence: the tendency of an entity to develop higher properties that are not present in any of its constituent parts. By combining their energies, the individual parts give birth to something that transcends their potential while including their value.

Emergence is always present when evolution takes a step forward, as it seems prepared to do now in the meeting of 5G and AI.

Independently, the potentials of artificial intelligence (AI) and 5th Generation networks are receiving mountains of attention and investment. But it is the marriage of these technologies, as well as the Massive Internet of Things (mIoT), that promises the sea change so many have been expecting from the technological revolution. The parts are powerful, but the whole will be the stuff of imagination.

It is an exciting time, but also a risky time. With great change comes great uncertainty and vulnerability. If the enormous power of combining 5G and AI is to be harnessed safely, it will need careful consideration of the latent threats.

5G is not, as many assume when they hear the term, simply the latest generation of mobile network. It represents a totally new type of connectivity, with different infrastructure. It will be profoundly faster than the systems we use today. Real world 4G averages out at 20Mbps download speed – 5G will ride between 10 and 50Gbps. Latency – the lag time in communicating across the network – on 4G is approximately 50 milliseconds. On 5G it is 1 millisecond (to the base station), or very close to real time.

This is something brand new.

AI, on the other hand, is not. The archetypal notion of an automaton with consciousness can be found in myths from 300 BCE. The term ‘artificial intelligence’ was coined in 1956, when the field was essentially established by a group of optimistic scientists meeting at Dartmouth College. Though the gathering expected to solve the puzzle of artificial intelligence over the course of a summer, it has taken somewhat longer. Today we do not have anything approaching artificial general intelligence (AGI) – the kind of adaptable intelligence possessed by humans – but we have made huge progress in the narrower form of AI, specifically a subset known as machine learning (ML). This is the ability of systems to automatically improve and learn for themselves without being programmed to do so. ML uses data to learn and make decisions.

Lots and lots of data. In fact, the more data an AI system is fed the more effective it is. Which is why it will play a key role in how operators plan, set up and manage their 5G networks.

5G networks are considerably more complex than their predecessors. The higher frequency radio technology, new infrastructure configurations and more sophisticated delivery tools make the physical aspects of connectivity more challenging. 5G networks will also support many new use cases and be far more dynamic than networks that have come before, responding in real time to changing needs and conditions. Monitoring and operating such networks will be impossible without machine learning capability.

To deliver on promises like truly low latency, network traffic and planning will need to be handled precisely and efficiently in real time. This is also imperative for the safe and reliable operation of vaunted new opportunities like industrial IoT and autonomous vehicles. Network slicing, one of the most exciting aspects of 5G, will also require greater automation and intelligent configuration to be effective.

In short, 5G networks will require responsive processing of inconceivably large amounts of data. Humans simply can’t do that job. Neither can rules-based systems when all various use cases and network slices are taken into account. It will fall to AI.

According to a recent GSMA Intelligence report, the number of 5G global connections is going to reach 1.3 billion by 2025 covering 40 percent of the world’s population or approximately 2.7 billion people. These will include all the sexy smart technology advertised for the enjoyment of a hyper-connected populace: phones, wearables, even smart clothing. But the bulk of these devices will be the sensors and receptors used to facilitate the billions of micro-processes that will be happening every millisecond.

This is to be the massive Internet of Things. Cisco estimates that by then end of 2019 the IoT will generate more than 500 zettabytes of data per year – that’s one trillion gigabytes per zettabyte. From there the rate of generation is expected to grow exponentially, not linearly, as it has been since the IoT began to flourish. By the first quarter of 2018, 90% of all the data ever created had been created in the two years preceding.

This data is the sustenance of AI. It is what is needed for machines to learn about their learning. It is the key to the evolution of AI models. And it is what AI needs to do its job, specifically the ability to analyse data in order to optimise operational efficiencies for business, and user experience for consumers. 5G will enable that data to be processed with previously unimagined speed and latency. Edge computing, for the first time possible at a mIoT scale under 5G, will create the possibility of AI-enhanced systems close to the source of data. Ultimately, machine learning will become unsupervised, with sensors and systems adapting their internal algorithms in response to live data.

Together, 5G, mIoT and AI will usher in an era of intelligent connectivity. The three areas will work together to bring about the emergence of a whole that is greater than the sum of its parts. 5G will enable an Internet of Things that will generate continuous streams of data. AI will analyze and refine the data from 5G networks and IoT devices to determine optimal efficiencies and make autonomous decisions in real time.

This will pave the way for new use cases in a number of key industries.

5G’s low latency and AI’s decision-making capabilities combine to respond in real time to traffic conditions and other environmental factors. This will allow dynamic route planning and even direct engagement with vehicles regarding speed, direction and hazards. Road safety will be improved while the need for public road management will be almost eradicated.

Even drivers will be unneeded with the integration of autonomous vehicles. With every vehicle connected to every other through an AI-based network operating with no latency, road accidents will be almost eliminated. As companies like Uber have already indicated, such vehicles will become the backbone of Mobility-as-a-service offerings, though public transport will follow suit with buses and trains also converting to driverless. Unmanned vehicles and drones will also redefine logistics as people are no longer needed to deliver goods.

In the industrial sector, integration of manufacturing systems and equipment through IoT, with monitoring and predictive management through AI and real time 5G response, factories will never be the same again. The need for on-site human intervention will decrease and safety levels will rise.

5G will be capable of supporting million of devices per square kilometer. As this drives the development of ever-better and more popular wearable technology, the medical and healthcare industry will have access to growing volumes of personal health data. Through the analytical capabilities of AI, this data will help deliver better pre-emptive and pro-active healthcare services. 5G and IoT will also facilitate remote diagnosis and even remote medical procedures.

A myriad further use cases will be found in the private domain where entertainment, ease of living and convenience will be heightened by augmented reality, virtual reality, smart homes, virtual assistants, and 3D hologram displays. People will also benefit from the improvements in efficiency that the combination of AI, IoT and 5G will bring to agriculture, energy management and optimization of city services.

The Dark side of Intelligent Connectivity

In the same way that starlings connect to form a dynamic organism greater than themselves, so IoT, 5G and AI create a meta-system capable of realizing previously unknown possibilities. The same is true, however, for those who wish to use these new capabilities in service of malicious ends. ‘Bot herders’ – hackers who use bots to earn income illegally – use bots to run Distributed Denial of Service (DDoS) attacks for ransom, click-fraud or spam email deceptions.

In the world of IoT, these congregations of devices compromised by bots – called botnets – can include hundreds of thousands of hijacked devices, operating like a flock to generate a single massive attack wave. 5G accelerates these attacks, making them more difficult to trace. In such scenarios AI is a boost to cybersecurity efforts, helping identify malware and DDoS attacks without the need for human surveillance. But AI, specifically machine learning, can also be fooled through adversarial learning campaigns that feed ML systems deceptive inputs.

5G operators’ reliance on AI to manage, maintain and dynamically optimize the 5G networks will be key to the success of 5G systems. But it could also prove to be the Achilles heel. With AI being brought so close to the core to configure network slicing and other processes, any threat to the AI’s independence could have devastating cyber-physical consequences.

It is not difficult to imagine what could happen if a cyberattacker was able to commandeer or compromise the artificial intelligence that manages fleets of driverless cars, road traffic systems, remote medical processes, industrial operations, drones, surveillance or personal smart devices.

5G and AI are poised to become one of the most impactful partnerships in human history, but like all co-dependent relationships they could spell trouble. With a broader attack surface 5G brings new opportunities to cybercriminals, while AI can be used just as effectively against the system it serves. Cybersecurity will need to evolve to be as intelligent as the connectivity it protects. 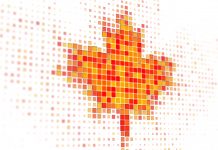 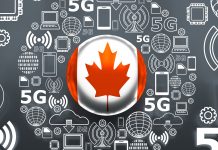 5G and AI – Getting Smart About 5G and AI in Canada Blog exploring the future of work and the future of leadership in the age of artificial intelligence (AI).
Contact us: [email protected]

5G Innovation Zones in Canada for Launching AI and 5G in...